Tagging keeps your progress photos organized and allows you to filter and export based on customized categories .
C
Written by CustomerSuccess
Updated over a week ago

Tagging keeps both your 360 and standard directional progress photos organized, and allows you to filter and export based on customized categories. Here are some ideas for tagging: 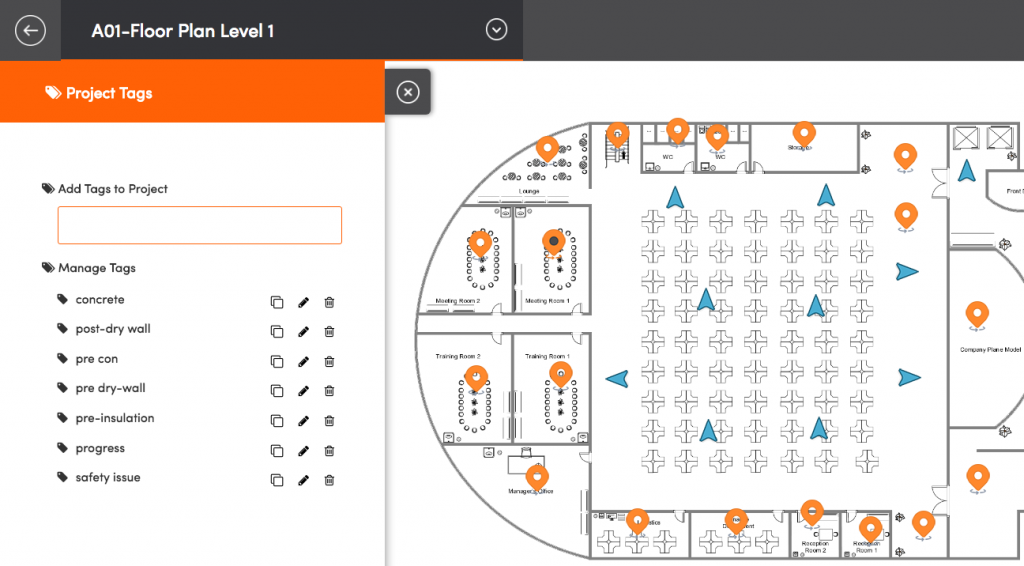 “This feature couldn’t have come at a better time. We are beginning to close up walls, and this will help our team stay even more organized and refine the deliverable to the owner.”

To ensure the tagging process is well adopted by the folks in the field, we added a new, streamlined field tagging workflow that allows you to quickly set one or more tags that will automatically be associated with photos that you take, so that you don’t have to add the tags after-the-fact one by one. You can also quickly switch to different tags with just a few taps. For example, on a given floor where you have to take 100+ photos, some areas might be a major pre-drywall closeup milestone, while others are still in-wall MEP progression shots.

Those of us in construction know that people have different words to describe the same thing: take for example: pre-drywall, pre-gypboard, and pre-sheetrock. Fortunately, we had built tags in such a way that prevents others from going rogue and introducing duplicate or non-standard tags on a project. Tags can only be created, renamed, and deleted by project administrators, ensuring precise control over what ends up being delivered to a team and the owner.

Did this answer your question?